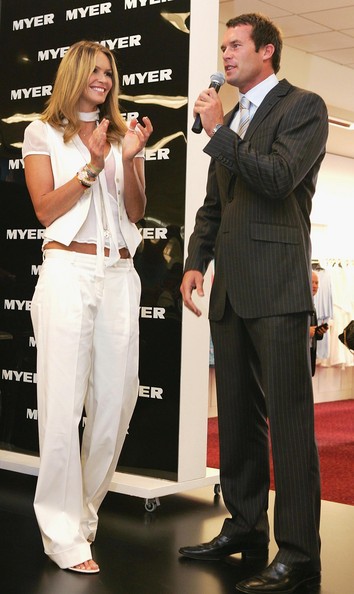 Elle Macpherson and a CEO. I know which one I’d prefer to have as a boardroom colleague

Earlier this month Elle Macpherson, one of the original ‘supermodels’, was interviewed by Lucy Kellaway in The Financial Times. You can read the article here (although you may need to register). It’s a great read, though it left this formerly neutral reader, and I suspect many others, with a rather dim view of ‘The Body’, as she used to be known.

It made me wonder what the original objective for doing the interview was, what preparation went into it and whether the outcome might have been better for McPherson, who clearly went into damage limitation mode judging from the writer’s account of post-interview phone calls.

Super models, like others at the top of their game in fashion, media and sport, are used to journalists fawning over them. Because they are hugely in demand, they can pick and choose who they grant interviews to, with the result that most journalists have to accept the sometimes ridiculous conditions they (and their publicists) demand: so-and-so will not talk about this; you are not allowed to mention (insert sensitive issue).

You can see evidence of it in Kellaway’s piece but all such attempts at media interview control were never going to work with The FT, which as most people know is much more interested in business than celebrity stories.

Kellaway doesn’t make her living interviewing the likes of Elle Macpherson so had nothing to lose from writing an honest and frank account of the meeting. Though she is fair, she has a low tolerance for flaky business ‘guff’ and isn’t afraid to get the highlighter pen out when she encounters it.

So why did Macpherson’s PR firm, a high-end fashion PR agency based in Savile Row, think it was a good idea to do this interview? My bet is that they approached Kellaway rather than the other way round. Why, at the bare minimum, wasn’t Macpherson briefed and ready to talk about business instead of underwear? Did they think their client was safer talking to a female reporter?

Tellingly, Macpherson misinterprets Kellaway’s reference to the basic accounting term ‘wasting asset’ and responds frostily (savour the mental image, as the ‘Ab-Fab’ PR agency minder sitting in on the interview didn’t get it either). We are left wondering if she really is as deeply immersed in the business world as she claims to be. What’s the most important lesson? I’m torn between:

2. If your client is the brand and writes a ‘brand poem’, make sure they never mention it during a media interview

For me, this was the perfect example of the #PRfail genre.