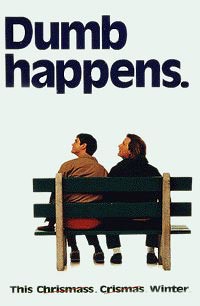 Naming a PR agency can be tricky but I can’t help wondering if we’ve now crossed the line between clever, creative branding and plain silliness in the quest to be memorable and achieve standout. Here’s the evidence and all of them, except one, are genuine business names. A few are good, many bad and others just downright bizarre. What do you think? Can you spot the made up one?

First up are the agencies named after animals. Here we have Buffalo, Porcupine, Moose and Cow. Note that ruminants dominate, perhaps in recognition of the bullshit you get from these firms? Then again, I’ve heard a Porcupine is capable of delivering a nasty prick. If one animal isn’t enough, then go plural as 3 Monkeys and PR Dogs did. How about plural fictitious animals? You think I’m joking but there’s an agency called 10 Yetis. Throw in some emotion: Happy Giraffe or Laughing Cow perhaps? What about sea creatures? Octopus and Seal are already taken.

Flying creatures are represented too: we have Owl, Ptarmigan and Firefly. Colours are a good way of achieving brand stand-out but don’t choose Purple or Red. Need something better? Go for a colour that’s also a food. But not Tangerine or Mustard, as these too are already chosen. Or just food on its own? Fine, so long as it’s not Marmalade. That’s also taken, but disappointingly not by design agency Toast, which would surely have been a corporate marriage made in heaven. One agency has adopted an entire country as its name: Brazil. That must make calling up strangers interesting:

“Hello, this is Samantha calling from Brazil.”
“Oh really, isn’t it the middle of the night there?”

Others have gone for the slightly esoteric, such as Blue Rubicon (but at least there’s a story behind that one). But our final two examples stand out for different reasons. First we have Yellow Lorry Red Lorry. Choosing a tongue-twister as a business name must rank very highly in terms of silliness. Then we have Ireland’s Hopscotch Europe in One, which manages to be both silly and parochial for a firm that promises to take your message to the far corners of the EMEA region. Finally, this agency is either distinctly unimaginative or brilliantly simple and no nonsense: it’s called PRCo.